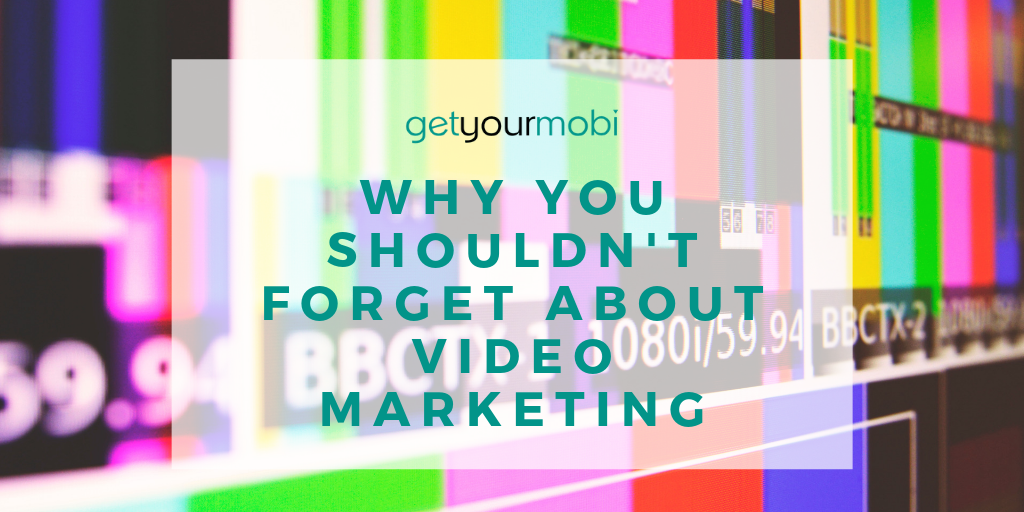 Why You Shouldn’t Forget About Video Marketing

As a business owner, you always want to broadcast your products and services to as many people as possible. There are so many ways to do this and it can be easy to forget about some of them. In our modern world, you have less time than ever to make the right impact. As a result, you need to give your customers what they need quickly and efficiently.

Our blog this week looks into the benefits of video marketing, the history behind it, and why you shouldn’t forget about this approach.

When Did It Start?

Since the start of television broadcasting, videos have grown from strength to strength. Today it is almost impossible to avoid videos and they are often used in marketing campaigns. The first TV commercial was run in 1941 by Bulova in the US. Costing a mere $4, the advertisement took place during a Yankee game. It wasn’t until 1955 when the first video advert aired in the UK on ITV and since then there have been more and more.

Video marketing as we know it today has been a long process, which started to emerge in 1984 with Apple’s advertisement of the Macintosh. A viral video created by South Park’s Trey Parker and Matt Stone in the mid-90s generated a new phenomenon – viral videos. Spread by VHS tapes, ‘The Spirit of Christmas (Jesus vs. Santa)’ set a new precedent.

Facts You Need To Know 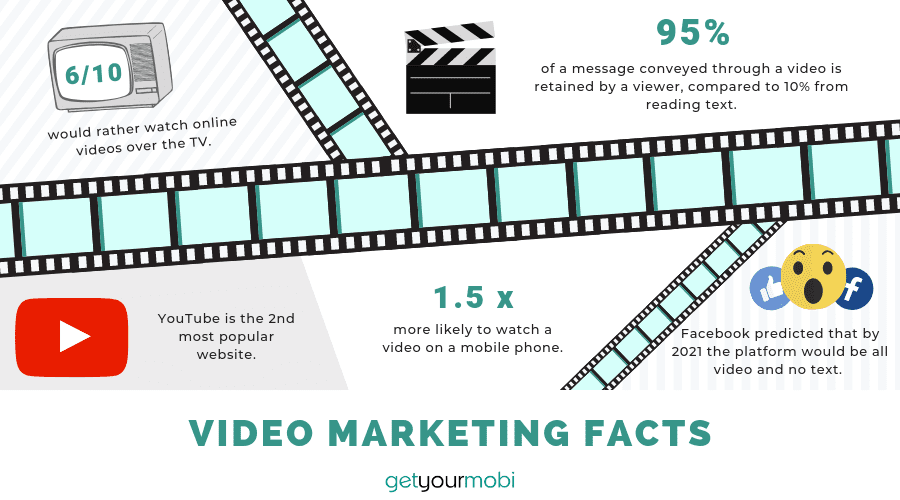 With all that being said, how important is video marketing in 2019? The short answer is pretty key. According to Hubspot, at least 81% of all companies use videos to market their products. Alongside this, 72% added that they would much rather find out about a product by watching a video.

It is thought that by 2022 videos online will make up at least 82% of all traffic online. To put this into perspective, that is 15 x more than that predicted in 2017. More and more people have access to the internet, making the platform the focus of many marketing experts.

Furthermore, the increase in mobile usage in the UK and the rest of the world needs to be considered. Research carried out by eMarketer discovered that ¾ of all video playthroughs come from a mobile device. Alongside this, people are 1.5 times more likely to view a video on their phone.

From all these statistics it seems clear that videos are here to stay. To run a successful marketing campaign you need to make the most of the materials there, and this includes video.  So, what can you do to make the most of this approach? A video is great as it can be used across several platforms – on a website, social media and YouTube.

The general rule of thumb is that videos should stay at under or around the two-minute mark. After this, engagement will dwindle and potentially be lost. 120 seconds is the perfect time to make your mark on a viewer, showing them what you’re about. You should also consider sound as this is another important factor. Around 60% of viewers on Instagram listen with sound and another 80% do this on Facebook.

It’s always a good idea to hook your viewers in, as they won’t stay for long. After 30 seconds 33% stop watching and by two minutes 60% have gone. If you engage them early on, you are more likely to put your point across.

Here at Get Your Mobi, we have been providing video marketing for a number of years. Over the coming months videos will continue to grow, bringing a new angle to how people advertise and promote services and products.

For more information, feel free to call the team today in Lancaster.